There are not many records about Novo mesto between the arrival of the Romans and the 13th century, from which we can deduce that the town somewhat diminished in importance during this period. The granting of the town charter and the creation of the town proper in 1365 led Novo mesto to once again start rising in importance.

The inhabitants of Novo Mesto have been engaged in crafts since the Bronze Age. Several different crafts developed during the Middle Ages. Craftsmen joined together to form guilds in order to prevent competition among themselves.

The first permanent colonization of Novo mesto dates back to the Bronze Age. Due to the rich archaeological sites in the area around Marof we have attained a diverse collection of artefacts (crockery, pottery, jewellery, bronze artefacts, etc.) from that time. As our region does not contain any bronze ore, we can conclude that there was a flourishing trade and various crafts during this period. In the Iron Age, the area of Dolenjska played a key role in transferring knowledge about ironmaking from Asia Minor via Greece to the rest of Europe. At this time, the area of Dolenjska reached its peak, as can be deduced from the various found artefacts, especially situlas. The arrival of the Romans in 35 BC ended the period of prosperity and welfare.

In the sixth century AD, the area of the Krka valley was settled by Slavs. It was not until the 12th century that the area finally stabilized and the incursions to the west via the Dolenjska region finally subsided, so that the inhabitants could begin farming. There was a growing need in the 13th century for a proper town in the Dolenjska region. Therefore, on account of its excellent strategic location, a town called Rudolfswerth (Rudolph’s harbour) was founded on 7 April 1365 on the famous hairpin bend of the Krka River through the use of a special founding charter. The settlement was locally known as Novo mesto. For a century and a half the town flourished. In the 16th century, the development of Karlovac and a new trading route connecting Karlovac, Rijeka and Trieste aided in the decline of Novo mesto. Only at the beginning of the 18th century did the town start flourishing again. 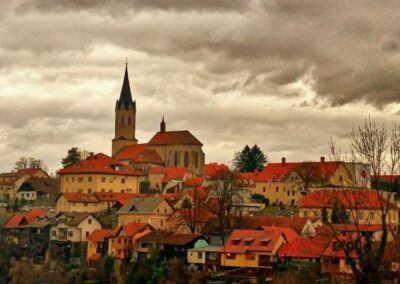 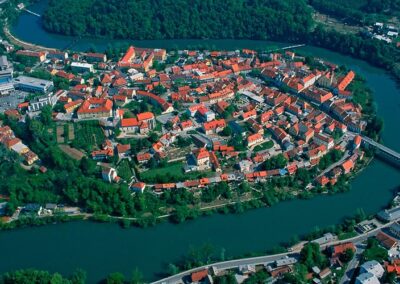 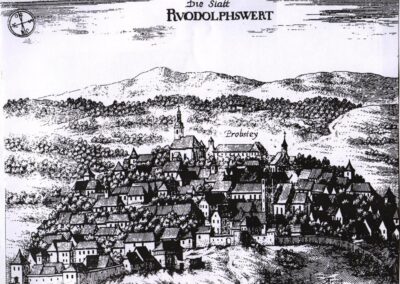 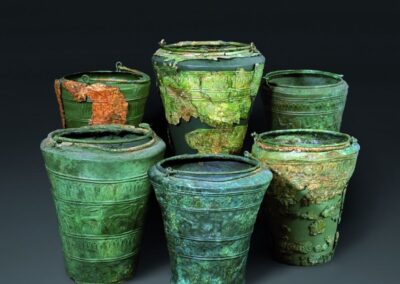 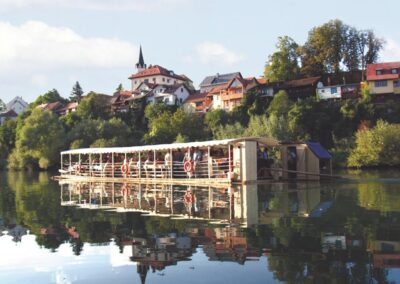 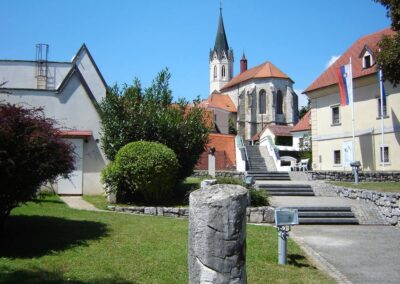 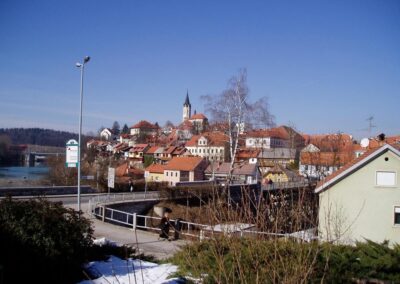